A few of those Chimp Refuge readers who inexplicably followed the troop to this new already beshatted domain are not doubt familiar with J.R.R. Tolkien’s The Hobbit, or There and Back Again, soon to be released as cinematic fan fiction under the guidance of Guillermo del Toro (Pan’s Labyrinth, Hellboy 1 and 2 — although I think Quentin Tarantino would have been the better choice for director) as The Hobbit Movie. Anyway, I live in Mirkwood or something that approximates it. Let’s compare:

I have yet to see any hobbit burglars, dwarves or elves, but close enough.

I take a lot of walk on the sidewalks abutting the woods which surround our ‘hood here on Princeton Ridge, and whenever I get a chance, I hike on the trails in them. I live right on the border of a large wooded park.

The trees are amazingly tall, especially the tulip poplars and the beeches. Here’s a shot of my son, Rampaging Frodo (a moniker acquired during his early forays into Dungeons and Dragons; he’s at least as much of a geek as I am) who’s about 5’8″ tall, standing beneath a beech to give an idea of scale. The crudely drawn yellow arrow points out Rampaging Frodo. This photo was taken in November 2008.

At one time, I cultivated a romanticized notion that I’d become a naturalist, specifically a botanist. However, I was also keenly interested in the molecular which seemed to offer a more lucrative career path as opposed to becoming a dotty old professor teaching and studying algae (really! I love algae!) at an impoverished little college. Nonetheless, I still nurture my inner botanist and the local woods play into that.

The tulip poplars are in bloom now. Most of the flowers are high above in the forest canopy, but here are a few within reach: 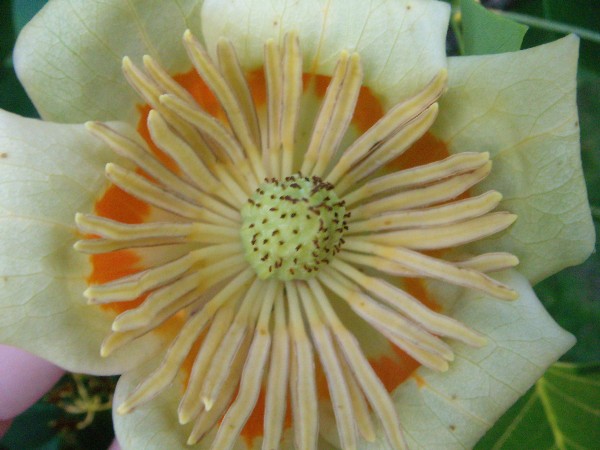 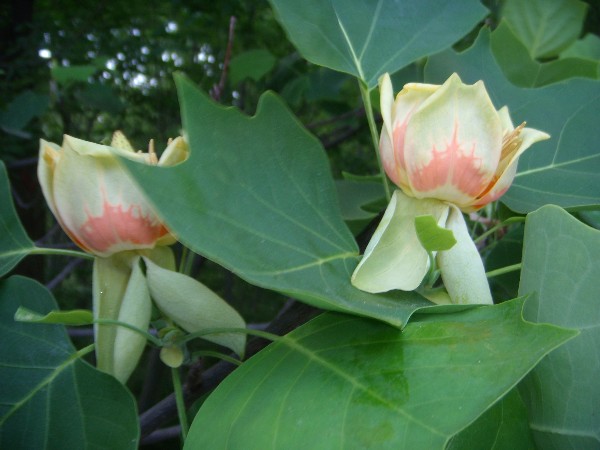 A couple of gratuitous photos of Asiatic dogwoods are shown below. The ‘Murrican dogwoods finished their blooming season a while back, but there are a lot of those back in the woods. The Asiatic cultivars hang out in more civilized areas whereas the American dogwoods are wild beasts. 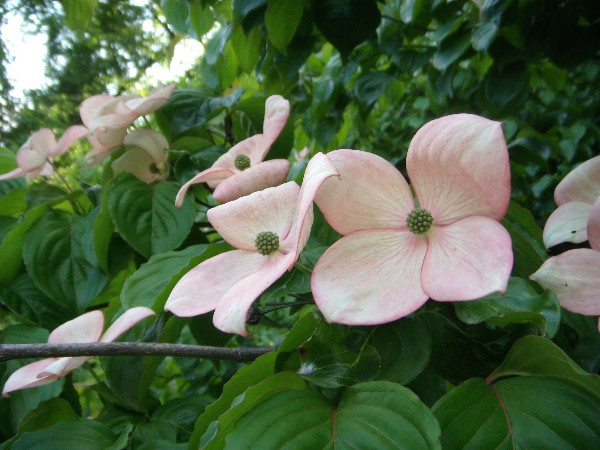 The multiflora roses are blooming as well. They’re striking plants — often large with a cascading habit. They’re fragrant, too. However, these hardy, thorny buggers are an invasive species and considered a noxious weed here in the Garden State.

Here’s a swath of the rambling roses. Note the name of the street. Just down the road is a Goldman Sachs office. Hahahaha!

3 thoughts on “Walking through Mirkwood”