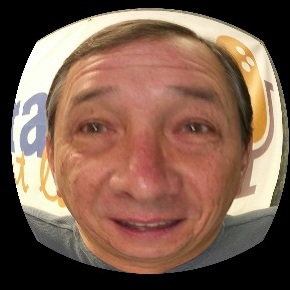 Back when I blogged more often (Facebook and work projects have largely put an end to such forays into frivolity, although I, Doc Bushwell and Jim were actually paid a few bucks a month by ScienceBlogs.com just to rave about whatever we wished when the Chimp Refuge was part of that network), I occasionally mentioned a group of right-wing paranoiacs and oppressives from New Hampshire collectively operating an amusingly unsophisticated site called  Granite Grok. This crew, which at any time features maybe a dozen or so “writers,” first came to my attention when a transplant from either Texas or Oklahoma (does the distinction matter?) named Judy Paris  was babbling about the evils of homosexuality. I wrote an open letter to her here on the Chimp Refuge, but didn’t actually expect her to see it, much less respond.

Judy is now gone from Granite Grok, as is one of the site’s former principals, Doug Lambert, a fellow anti-gay termite who was forced to “resign” from both the blog and his position as an unpaid columnist for a small local newspaper after this predictable and predictably ill-advised display. I won’t go into my whole history with these clowns now — just do a search for “Granite Grok” if you insist on burning your eyes with high-octane stupidity, or read my own take on the Lambert episode — but here’s a capsule summary: They wanted to host me on their “radio show” one morning in lieu of using written words to lend support to their so-called principles. This is a transparently yellow tactic by idiots with access to microphones, because as inept as folks like the Groksters may be when it comes to, well, thinking, they do know that he who controls the flow of speech gets to cut off the opposition for any reason, at any time. Not so on the Internet, where they notably refused to engage me outside of their own merry shithole.

Although I haven’t followed the blog closely in the years since, I have checked in often enough to see that while the names change, the sad hilarity of the place does not, and in fact only worsens as New Hampshire and the nation in general shift in favor of more liberal ethos — e.g., less religiosity, wider acceptance of same-sex marriage. and a gradual abandonment of the irrational anti-marijuana mindset that has prevailed in America for so long. As I said, there are about ten or twelve regular or semi-regular bloggers in the fold — it seems that anyone who gives the place enough comment-love is eventually invited to contribute to the mess directly — and one of these regulars is the person who accounts for my otherwise cryptic post title.His name is Ed Naile.

A sleepy-looking and undeniably consanguineous-appearing fellow in his sixties, Ed Naile is frighteningly illiterate even by the precarious verbal standards of Wingnut America. He has been on a very long and failed crusade to prove endemic voter fraud within New Hampshire’s Democratic Party, and is apparently the chairperson of a group called the Coalition of N.H. Taxpayers, an online club with as much meaning and importance as, say, the Association of Mississippi Bipeds or the Society of South Dakota Hair Growers — and just as lucrative for Ed Naile as those putative groups would be for their own officers. Ed  also contributes to a blog called “N.H. Insider,” a name as as helpfully descriptive as “Coalition of N.H. Taxpayers”; while Ed may technically reside within the state’s borders, his grasp of its politics are as tenuous as his grip on reality as a whole, which I will explore in my next post here. As a teaser, know that Ed Naile is as obsessed with Yours Truly as he is enfeebled of mind; lately, he has devoted two quaintly ham-handed Granite Grok posts to me (here and here). Note that even within the same post, he can’t decide whether my middle initial is “E” or “M,” and he expresses glee that his second (and counting) post about me can be found by Googling “Kevin E. Beck.” Trust me, this kind of mindlessness barely scratches the surface, if you have the stomach to hang around and see what else I have to say about him in the near future.

7 thoughts on “A ten-penny Naile (that’s being generous)”