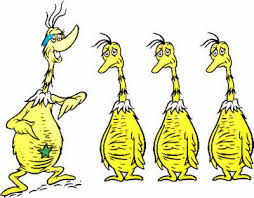 Whenever I see yet one more article about Baby-Boomers vs. Gen-Xers vs. Millennials, etc., I feel like unliterally revoking someone’s Internet privileges.

First of all, most of these articles are dimly lit blog posts by Millennials, and the rest of us know just how clueless, whiny and annoying those people are.

Second, these are distinctions largely without differences. Yes, it was fair to label anyone conceived during or in the wake of WWII a “baby-boomer.” There was a distinct event that precipitated a rise in American breeding and a fairly distinct time frame in which these people, including my parents, were born.

But this Gen-X and Gen-Y and Millennials shit — in particular the latter — is crushingly stupid, especially as applied to politics, where most ideas are already stupid enough. Every day, reputable people and publications churn out mindless nonsense that would lead an Earth newbie or someone with tenuous powers of observation to conclude that *all* Baby-Boomers are former hippies turned greed-heads who suck at the teat of Hilary, all Gen-X-ers have never held a job, and all Millennials are somehow both progressive in supporting Bernie Sanders and regressive in being frat-boy layabouts who if male rip on women, if female are pesudofeminists, and in either case refuse to even consider paying for their own college education.

Guess what, you meme-gobbling waterheads? I know Baby Boomers who have never been liberal or who started that way and remain that way today! I know 30-year-olds who are nothing like other 30-year-olds and are perfectly capable of thinking for themselves and even paying their bills on time! I know Gen-X-ers who…well, actually I can’t finish this sentence because no one really knows what the fuck “Gen-X” even means, Wikipedia fans notwithstanding.

These generational wars to me smack of a contrived brand of racism. Anyone who has read “The Sneetches” should immediately see the similarities between Sylvester McMonkey McBean’s exploitation of phantom differences and the way the media loves to pigeonhole members of the electorate so as to better babble senselessly and in sweeping terms about them.

People in the social sciences are especially fond of these fluffy, noisome terms. Then again, anyone who is familiar with how social -science people as a rule think and behave…well, the NAPOPS* know what I mean, right?

*Not A Part Of Psychology or Sociology. But you knew that.