[Note: I’ve duplicated all of my “Beck of the Pack” posts about Steve McConkey and Kim Duclos and included them here on the Chimp Refuge, with the dates of the original posts. Although both of these characters were once part of the running world, that’s no longer true, and I’m no longer interested in sullying a running blog with anything about either person. After all, this blog actually gets more traffic than my other one in spite of my having largely neglected it in recent years, and it also a more appropriate place to rant about the world’s reprobates, undesirables, and sick fucks. I also feel free to be even meaner here, which with an eye on recent events could come in quite handy. So, say hello to Steve and Kim. And if you want to keep tabs on the ridiculous things Steve writes and says in near-real time, try this humble group project.]

At this point, I won’t delete the relevant existing posts from BotP, and the more astute among you, and even some of you nitwits, can probably figure out why.] 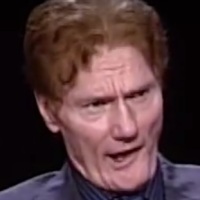 Obviously, not everyone who believes or claims to believe in a supernatural Neitherbeing is insane, ignorant, lying, or stupid. Our brains are plainly wired in ways that make the idea of an unseen, megapowerful cosmos-creator universal across cultures.

But subscribing specifically to any one of the various religious fables on offer, and embracing absurdities as true, is a different story. Anyone who believes that the universe was created in six days within the past ten thousand years and that biological evolution is a hoax is either mentally disturbed or profoundly ignorant or both. One can adhere to a lazy sort of deism without clinging to the whole crazed, mostly purloined “Jesus-as-man-and-god nonsense. Bart Ehrman, a recovered born-again Christian and professor of religious studies, explores a lot of the rationale behind the explosion of Christianity in this podcast with Sam Harris.

When people who would be nutjobs no matter what take up the Christian cause, the results are predictably messy. Like this:

This is fundamentally illogical. Atheists (or, let’s say, people who don’t believe in man-made deities) such as myself are aware of the properties attributed to God if we reject the reality of God. I am keenly aware that one of God’s most extraordinary and relevant traits is that God knows absolutely everything I am thinking, have ever thought, and will think — otherwise, God wouldn’t be omniscient. I also know that God reportedly sends people to Hell, a very bad place, for sinning and not repenting. So, if I believed deep down in an omniscient, omnipotent, punitive God despite any bluster to the contrary, I would fear Hell as much as the most outwardly devout and would thus conduct myself accordingly at all times (with a catch; see below).

As a result, if my atheism were merely a front for resenting God, he would know this, and I would know that he knows this. I would in effect be walking around naked in a crowded mall and screaming that I am wearing a three-piece suit and expecting people too believe me.

As a result, the whole “Atheists are believers who just want to sin” gambit is as stupid as anything gets in the world of fundie reasoning, and there is much stupidity to select from here.

If I found myself driving along a lonely stretch of highway, with nothing to look at and nothing besides Christian talk shows, Christian rock, and country music on the radio (incidentally, the  very position I was in at the beginning of April when driving east through Kansas), I might be tempted to floor it and drive 150 miles an hour just to get the ugliness behind me. Or maybe just for fun. Now, if I truly believed there were no cops up the road or in the sky above, I might be tempted to do this. But if I simply said “Maybe Kansas can’t afford state police, so fuck it!” while being unable to escape the reality that it does in fact employ state police, then I wouldn’t have any more reason to risk a ticket or worse than I would if I thought at all points that a cop was in fact lurking a little farther ahead.

As a result, while it’s clear to any atheist or even any reasonable objective person that Steve’s assertion is false, I don’t think that even fools like him believe it, either. I think that Steve pretends to believe in the God he says he does. because if he really believed in God, he would fear being sent to Hell for continually lying. And lie he does; Steve, despite his penchant for erasing what he tosses onto the Internet, has more lies attached to his name on public websites than I have told in the past year. I don’t even lie to dogs as much Steve lies to his fellow Christian drones, dunces and dullards. In fact, Christians as a rule are no less immoral than anyone else; you can find stats on this with ease (Google “atheists Christians prison” for starters) but you shouldn’t have to, given how many of these sick-minded shitbags support Donald Trump. That’s all you need to know about the inherent morality of Evangelicals. (I’m not targeting Catholics or everyday believers with this, of course. Just the worst of the Bible-thumping dipshits.)

Which brings up my final points. Steve and Christians like him believe that earnestly repenting before death is all that’s needed to escape Hell and gain entry to Heaven after death (talk about an excluded middle). They therefore gamble and allow themselves to lie and sin and daydream of fondling the crotches of other men, and so on, because they are banking on having the opportunity to formally repent before the lights go out for good. This no doubt fuels Steve’s paranoia that I am hungering for him to die, which I’m not, although I maintain that a world without assholes like him in it would undeniably be a step up from the society we now enjoy. He probably fears being struck dead at an inopportune time, right after another he’s posted another flurry of bullshit to the Internet, as this would derail his ambitions concerning the afterlife in a most uncomfortable way.