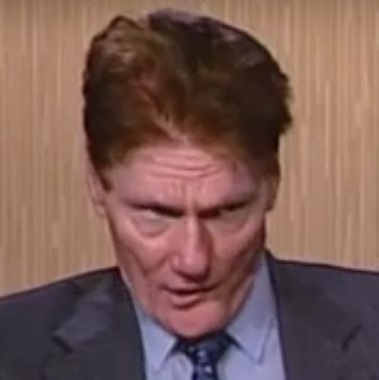 Steve McConkey, the founder and president of his own fake ministry (4 WINDS, nominally based in Madison, Wisconsin where McConkey lives), is an outlier among fringe characters. In the past three months, he’s uncorked a series of real doozies on his main Facebook page, where he posts and deletes nonsense in an endless cycle of relentless dishonesty and venom. He has yet to accept that he cannot hit “delete” and remove screen shots of his foul postings from the systems of other computer users.

This is a fair summary for the TL;DR crowd, not that anyone reads this kind of shit quickly; you’re either morbidly fascinated with all of it our you’re out like the New England Patriots’ nucleus after a quick skim of the chaos.

In late February, McConkey linked to a Breitbart article that said that there were only 16 U.S. cases, none deadly, and that the whole thing would pass. (Please, please give that one a read and imagine what it would have taken even then to believe it.) Two and a half weeks later, he was still at it, citing the only 42 deaths in Washington State at that point. He was very big in those heady days on referencing the lethality of the “regular flu,” which soon will have killed fewer than half as many Americans in the 2019-2020 season as COVID-19 already has. Then, while lying about an upcoming media appearance a week later, he suddenly decided that it was all over unless God popped his head out of his ass.

This by itself is just a dumb guy with a social media account being stupid. But when you mix in the stuff he’s been claiming about being an epidemiology and stats expert, and the cheering on of Trump’s madness, and much much more, it’s as if he is trying to leave a record of latching on to the worst ideas available at any time. Which is pretty much true, as he’s an Evangelical, and all of those are badly are fucked up in the head.

Remember: That “apocalypse-is-nigh” post was over two months ago. His activity since…well, you’ll see.

This post is really just a teaser, because Steve has been so gloriously defiant, off-the-wall, cruel, unintentionally hilarious, self-contradicting, whiny and destructive in that time frame that in order to cover the subject with the care it deserves, I am going issue weekly or maybe twice-weekly posts about his COVID-19 follies in a series of topical analyses. Topics will include:

All of this stems from McConkey’s demand that I start a Twitter account to argue with him and his refusal to engage me there once I did this. He’s aware of the account and really doesn’t like it. (I can’t say I blame him; it’s all true.)

His cowardice is astounding even by the standards of Internet “Christian” crackpots. (My deeper contention is that Steve McConkey is for practical purposes atheist who wishes he weren’t; that essay will also have to wait.)

He has a lot of problems, with crippling insecurity being the main driver and whatever organic mayhem is going on in his mind serving as an accelerant. What I tend to see as a breathtaking absence of the very sense of time passing (e.g., why would anyone claim only a dozen people were dead in the opening days of any viral pandemic?) is probably just a lack of impulse control. He knows I and a smattering of others harvest his output before he can delete it, and yet he just pours rhetorical acid on his own bare groin every day anyway. It would be one thing if he were immune to this shit, but he hates it. Wait until you see some of what he’s come up with. The guy has absolutely no faith in anything other than the own boiling bile in his head and guts.

Anyhow, think of this one as the prologue and those other categories as chapters.